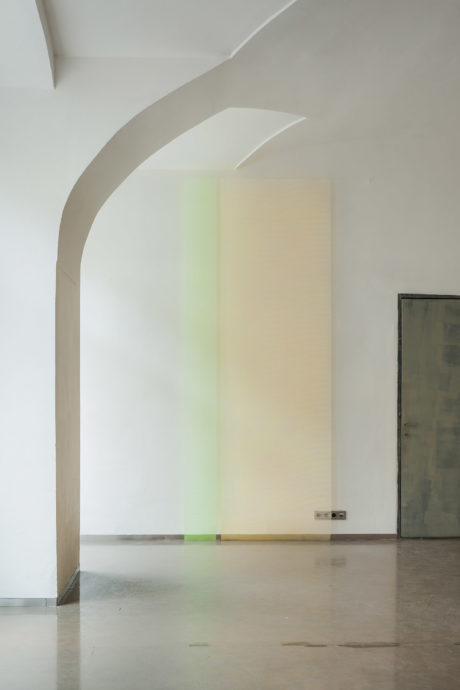 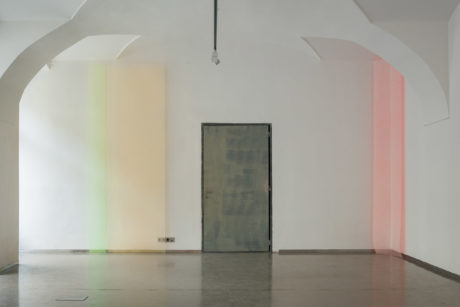 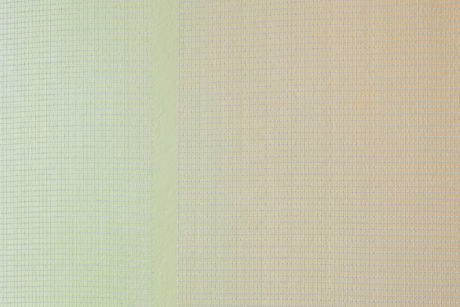 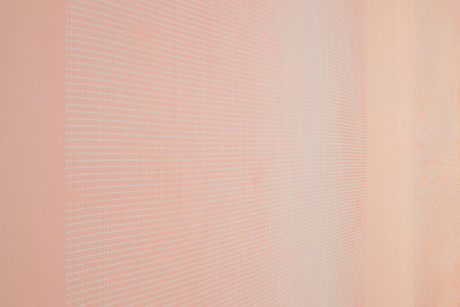 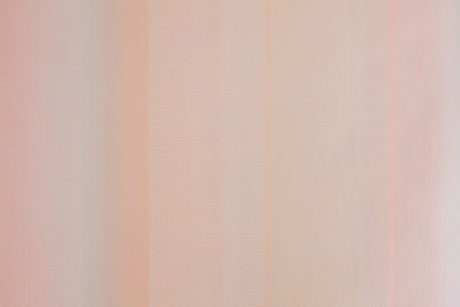 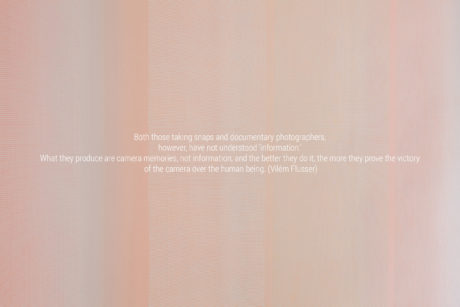 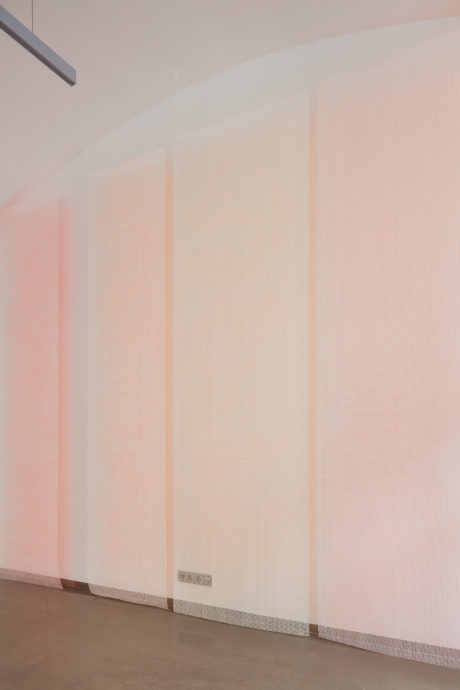 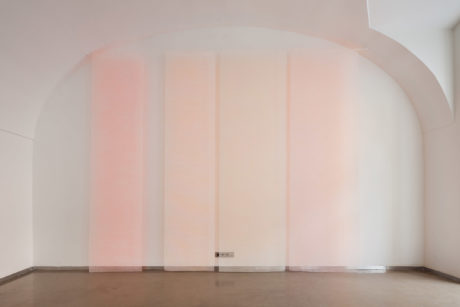 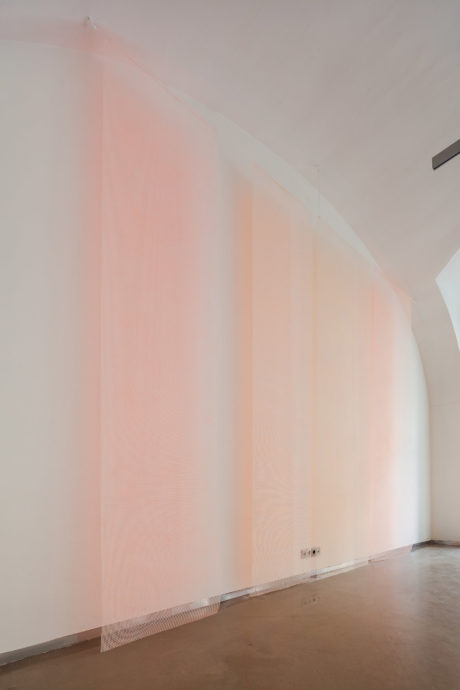 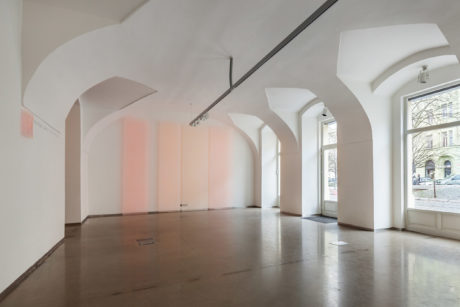 … durée [duration, time experienced, (pure duration, duration of ongoing change – Henri Bergson)]. Václav Krůček, graduate from the Academy of Fine Arts in Prague, explores in his work the structure of surfaces in relation to illusion of an image. The legacy of austerity, reduction and a direct expression by purely visual means has become the essence of Krůček’s artistic programme. Its part is an effort to overcome representational tendencies of traditional image, to overcome the limits of painting – mostly creating an illusion on a surface – in favour of a specific “presentness” evoked by an actual optical phenomenon. Since the early 1990’s, Václav Krůček has been working with white grids and meshes placed in front of a white wall. The works allow him to create an active in-between space in which light, shadow and colour reflections flow, continue, last. Prefabricated grids, painted with acrylic, are modified by means of cutting through and bending. However, the result is not attained until their interaction with the white wall. The created “image” is thus not definite in its emblematic nature, but differential in its duration.