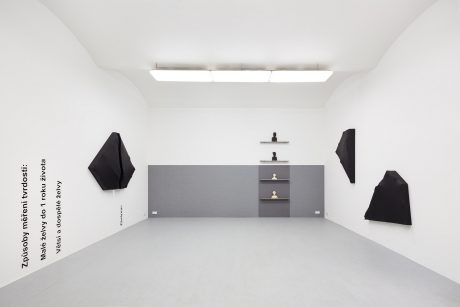 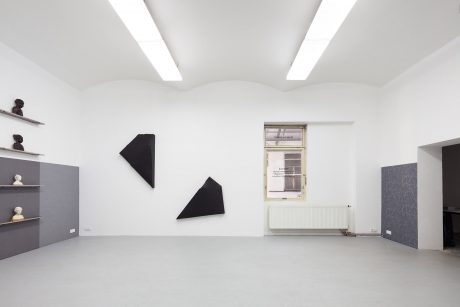 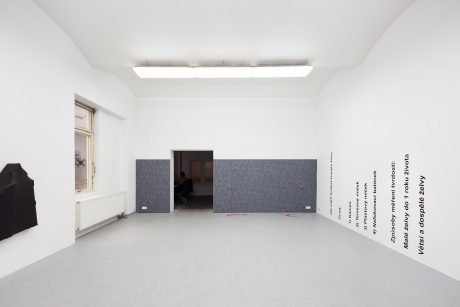 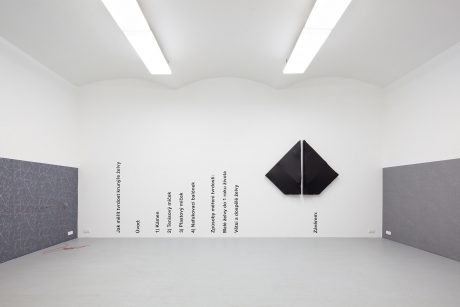 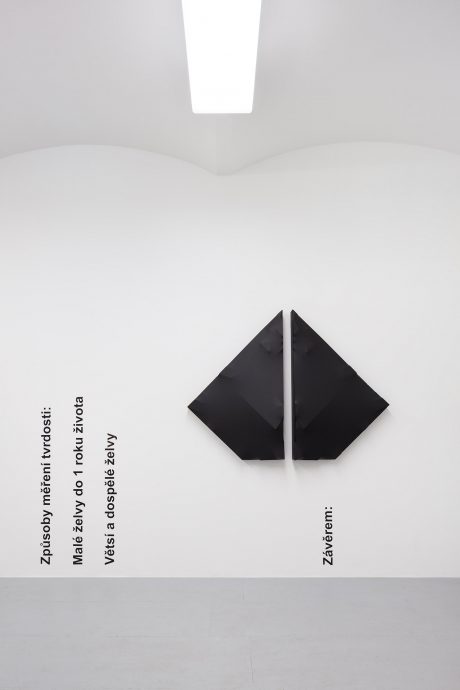 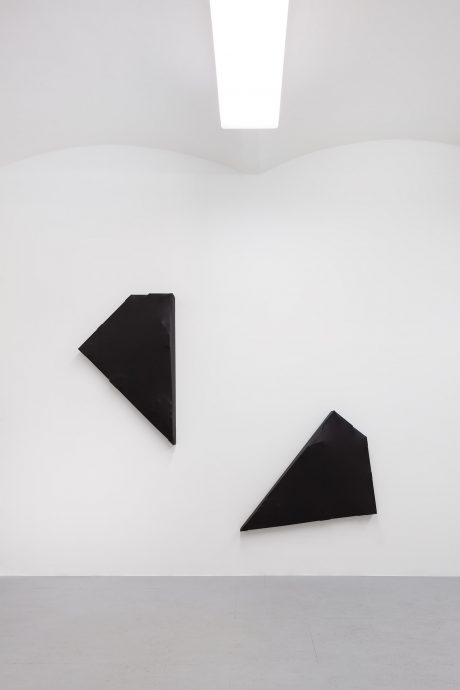 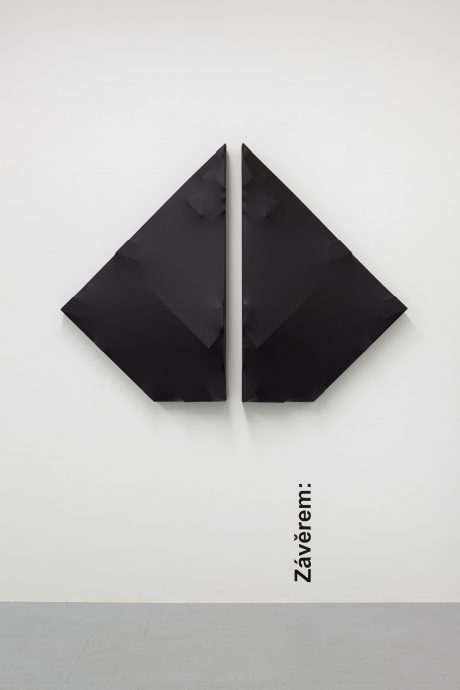 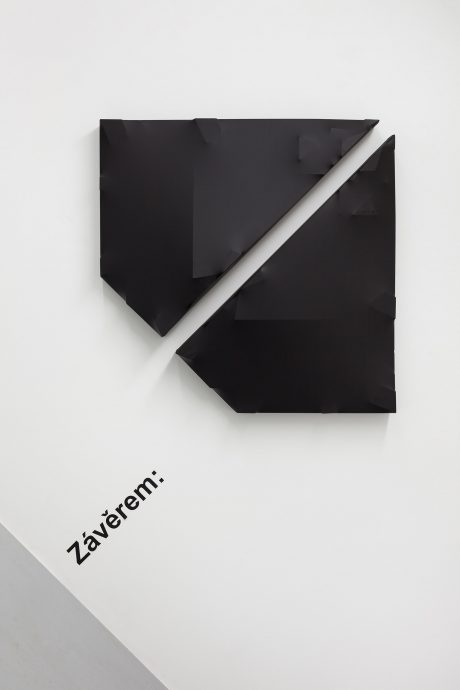 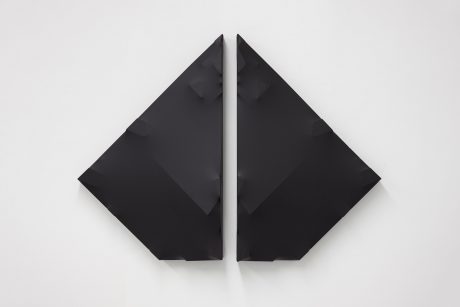 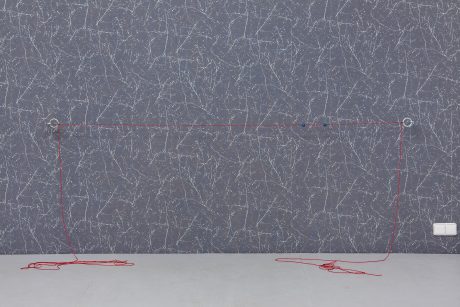 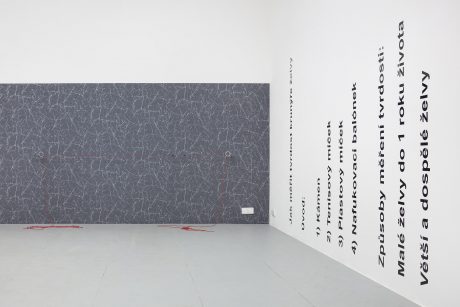 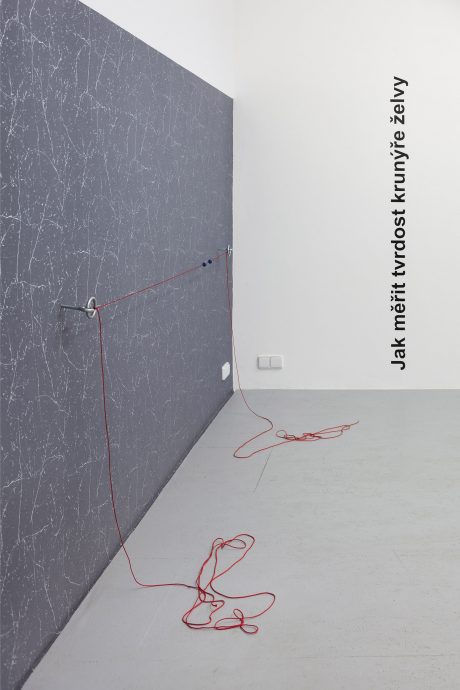 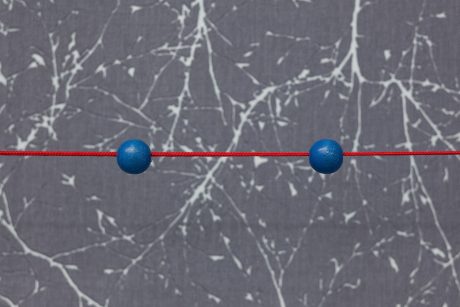 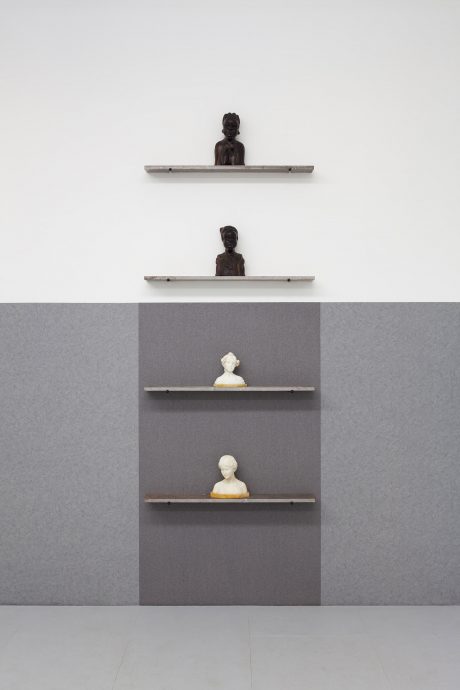 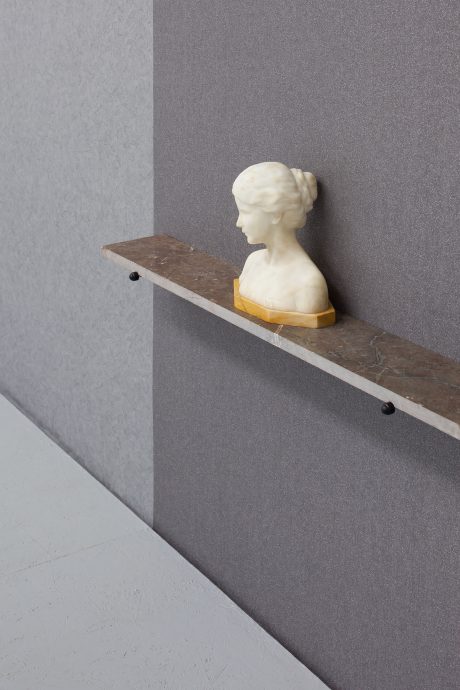 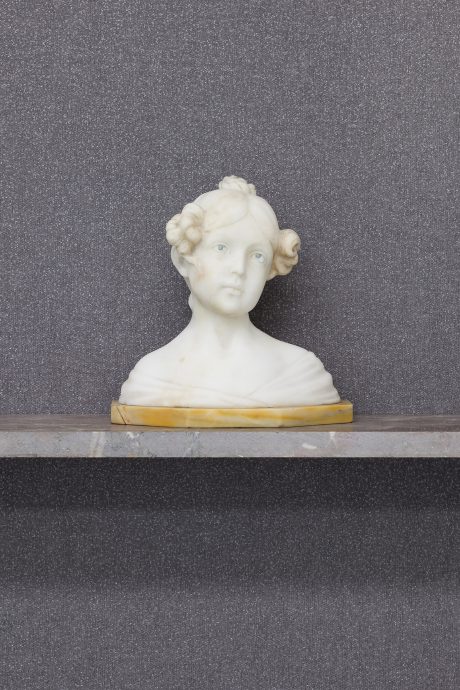 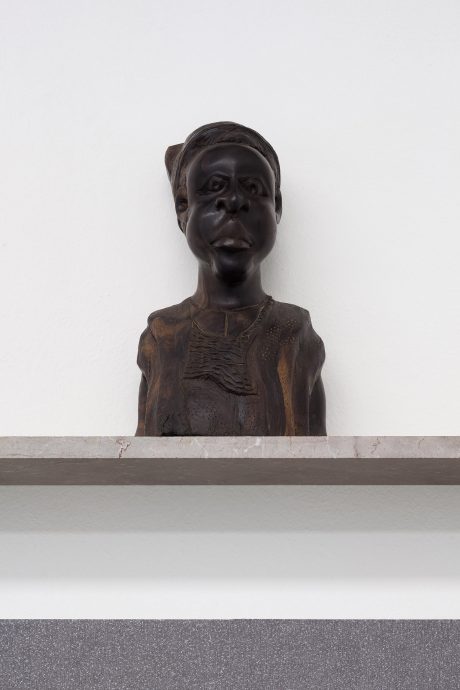 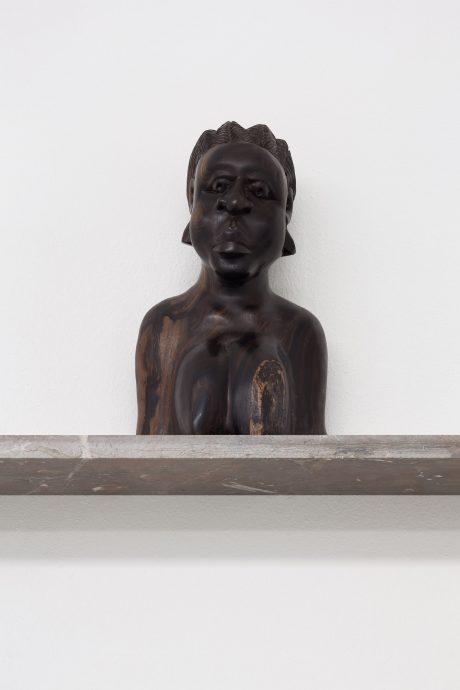 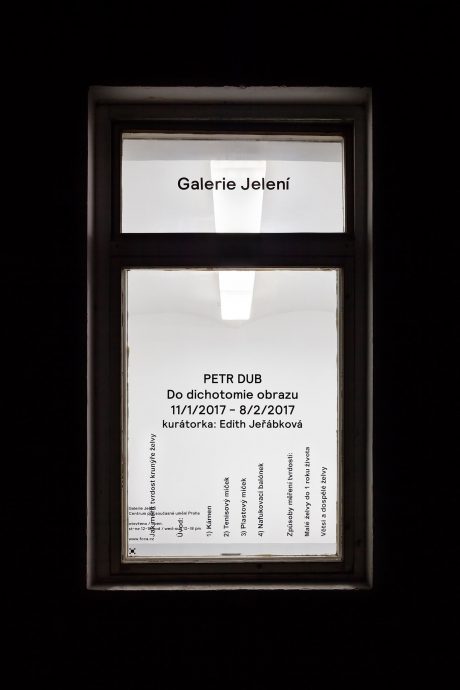 PETR DUB | Into the Dichotomy of an Image

Peter Dub, however, does not only work with objects, as an analytic he is interested in methods! If he paraphrases Flusser’s classic Into the Universe of Technical Images, then he is interested in the change that takes place in the image when it loses its representative function and becomes increasingly more a field for “calculating and computing”, for “cosmic telematic dialogue”. The artist cuts four different types of wallpaper and assembles it into a geometric figure; he is interested in the bordering points of connection and the relationship between the whole and the part. Complicated, discussed and dynamic penetrability and clashing of the personal and public is portrayed in the actual construction of the overall image, which in the gallery, similarly to the artist’s previous paintings/objects, consists of a left and right side towards the centre and searches for its centre of gravity. The open series of paintings/objects started in 2014 On the Left and Right from the Centre illustratively testifies about Dub’s need to be publicly involved and at the same time about his concentrated studio work with the geometry of objects and paintings. Through abstraction he pulls a story out of a painting which he shifts outside of the painting into his titles. (More from the text Into the Dichotomy of an Image by Edith Jeřabková)