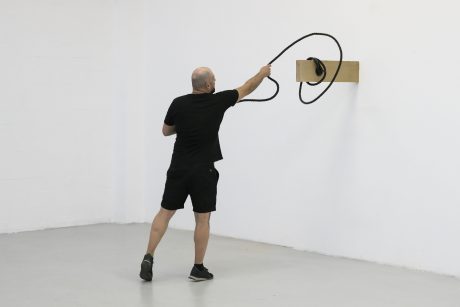 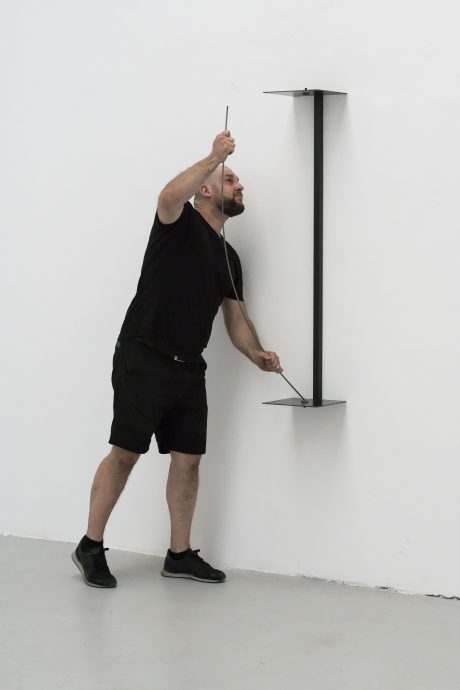 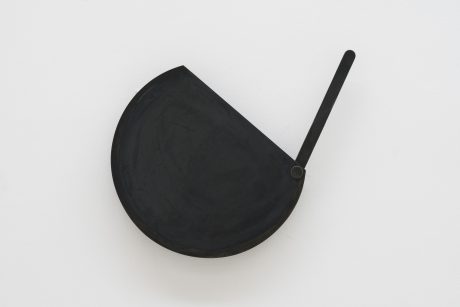 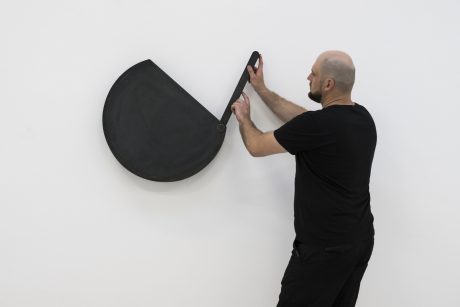 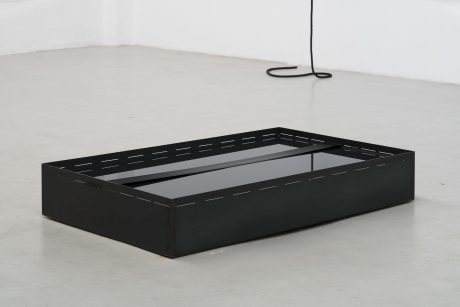 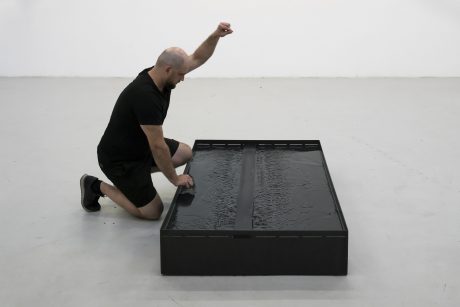 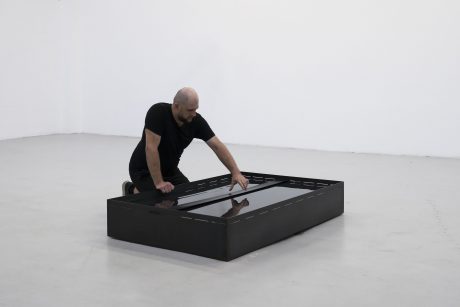 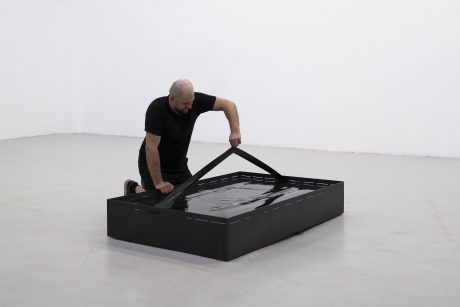 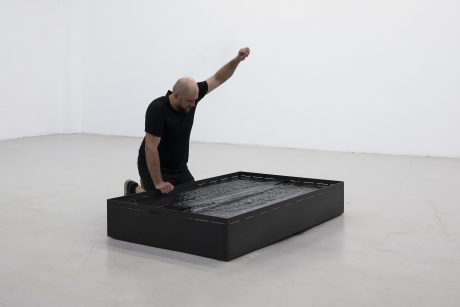 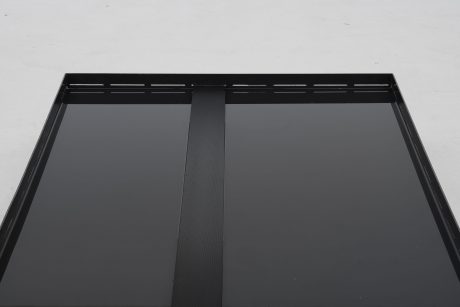 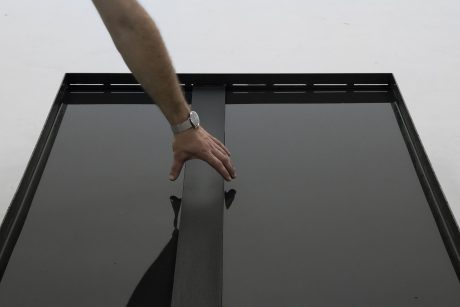 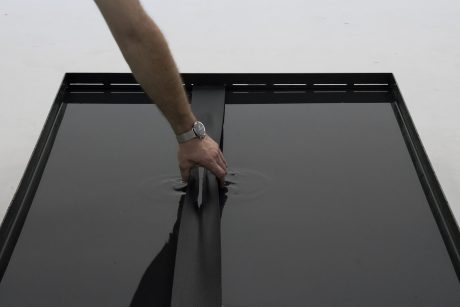 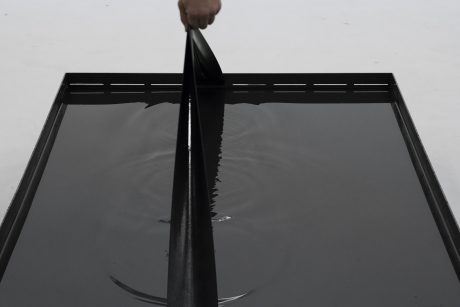 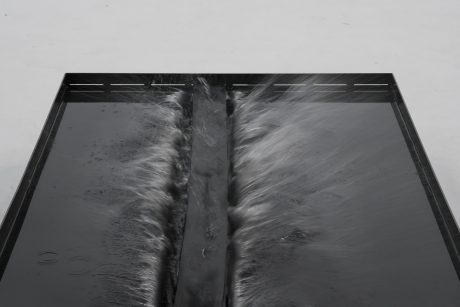 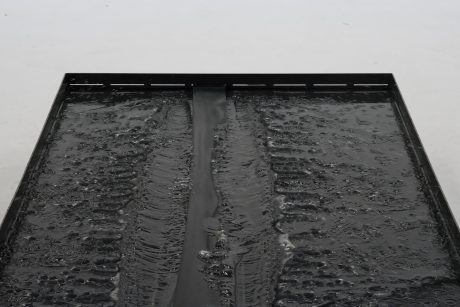 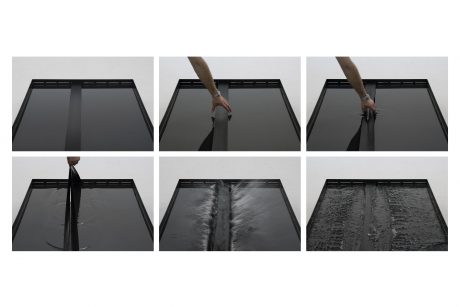 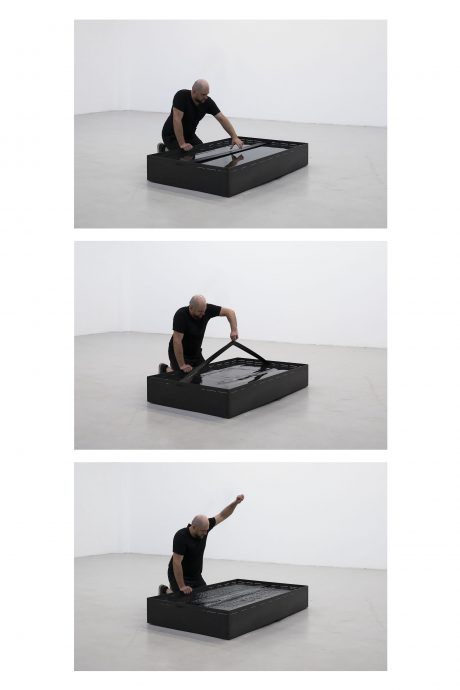 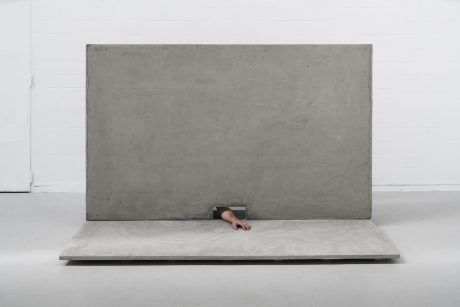 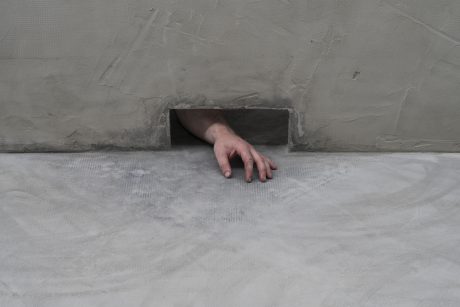 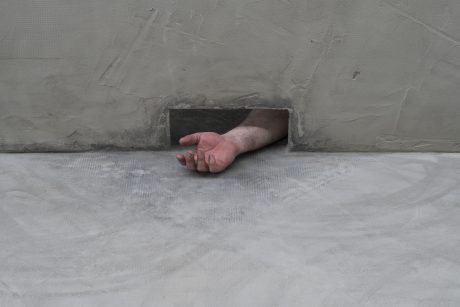 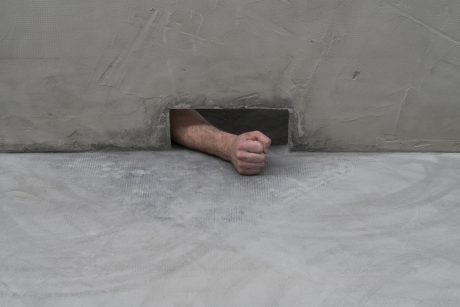 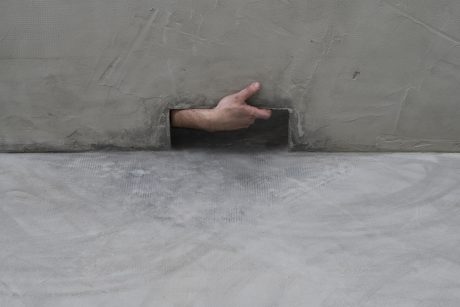 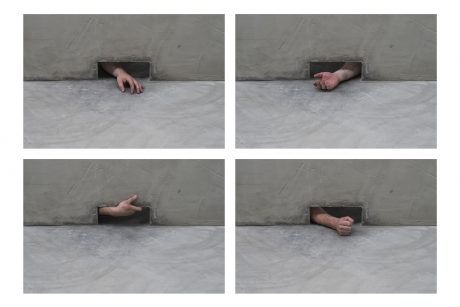 PETER DEMEK | THE OBJECT, THE TOOL AND I

“In his sculpture, Demek mostly uses metal as a medium, mostly surface-treated steel, from which he creates monumental objects, while this monumentality is based on his generous and perfectionist work with matter, it is subordinate to it, sensually perceiving it, creating from it a shape-minimalist composition that is feeling heavy or more difficult. The subtlety of the shape is not interesting for the artist, he works with sweeping gestures even in the case of minor works. Demek deals with matter, its character, the relationship of geometric structures and all this is explored in terms of temporality and relation to man. It is not by chance that the tools with which one can create something that can be used for something are most interested in it lately. Since 2011, she has also been using performances during her vernissages, where she activates the object by manipulating it and creating a relationship between the object / instrument and the artist / user. In his approach, earthiness is included in a positive sense, referring to the basic principles of physical perception of matter.

The exhibition of Peter Demek in the Industra Gallery with the distinctive title “The Object, The Tool and I” is a presentation of six monumental and minor works created specifically for this occasion. It is a dense synthesis of Demek’s contemporary approach to the statue moving far beyond its classical concept as a static object. Demek considers his steel sculptures to be merely structures, matrices that need to be put into operation, to revive them. The exhibition is thus an opportunity for an object, instrument and artist to become one complex work of art.” (Martin Vaněk, curator)