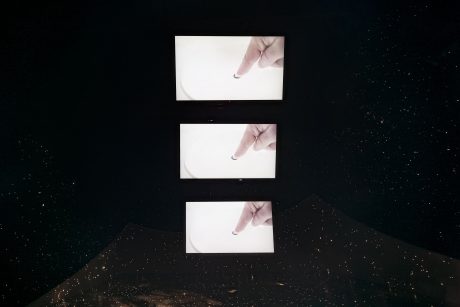 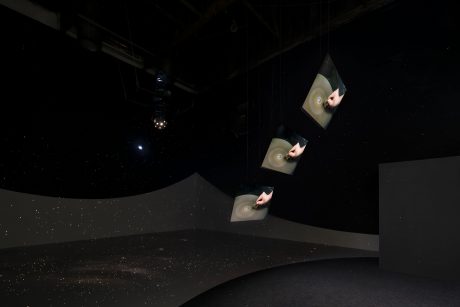 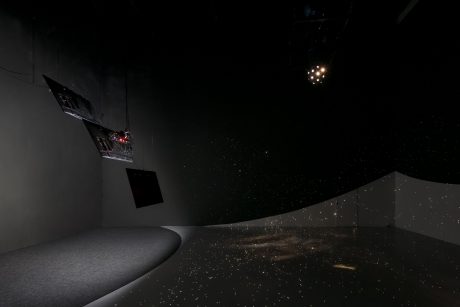 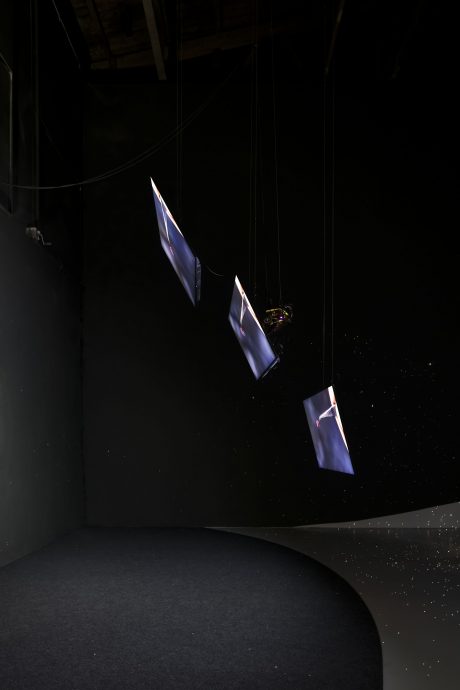 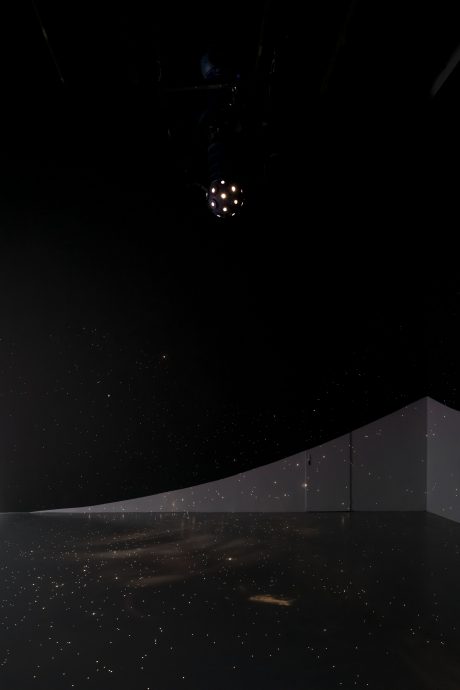 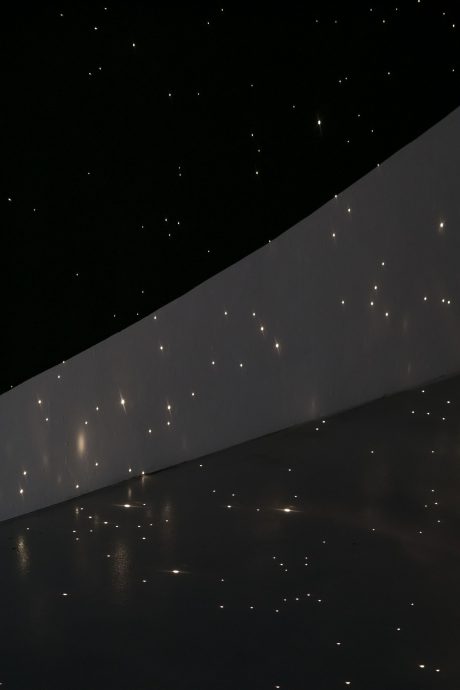 “The first joint exhibition of Jaro Kyša and Richard Loskot follows on from the exhibition (held in the larger MeetFactory Gallery) Where are the Lions? in an unexpected yet provocative way. While the group exhibition questions the possibility of finding untouched and hitherto wild places on our planet, focusing on the phenomenon of travelers and adventurers, Kyša and Loskot symbolically turn to the figure of the “armchair” scientist, whose exploratory expeditions take place internally – in the laboratory or another site in which external phenomena are simulated (in this case specifically, a planetarium). If today we seek spaces that are still unexplored and undescribed, we must turn from the Earth to the starry sky; though modern astrophysicists continue to mark more and more white spots on its “map,” space still hides countless lion territories.

Richard Loskot, whose installation at the Kostka Gallery allows us to walk among the stars and observe our planet “from the outside” (a view that was actually experienced by modern times’ greatest adventurers – the astronauts), was initially inspired by what appears to be a simple question, but has been a driver for thousands of years of development in astronomy and astrophysics: why is the night sky black when it is an infinite universe with innumerable stars, which theoretically should shine much more than our Sun during the day? The answer to this question factors in not only expanse, place and distance, but also time. Though almost the entire sky shines homogeneously, we are no longer able to see this light from our place in space-time because of the age of the universe and its expansion and thus the redshift. The darkness of the unknown, onto which humanity projects ideas such as lions and monsters, heaven and hell, is, in a way, simply our inability to see its light shining.

The Kostka Gallery presents an abbreviated version of Jaro Kyša’s new three-screen film The Order of Waves. An anonymized hand, suggesting the demonstration of a strange experiment, handles objects that are carriers of “another” time – a drop of unrefined oil, a fragment of a meteorite, a fossilized trilobite. The result is the destruction or literal disappearance of the object, which we can again perceive as a reference to the time of existence, or more accurately, the impermanence of existence. This level of meaning is further enhanced structurally by the sophisticated asynchronicity of the three images.

To the parallel exhibition’s question “where” we can add the question “when” – our effort to know and explore is related not only to place but also to time, and here the proverbial lions inhabit most of the history of the Earth and the universe. There is still much to discover in the layers of time under our feet and far off between the stars. Poetically speaking, the “lions” are looking out for us from the realm of the future, and our visions of that future, despite all our possible ways of knowing, will always remain in darkness. (Tereza Jindrová)”