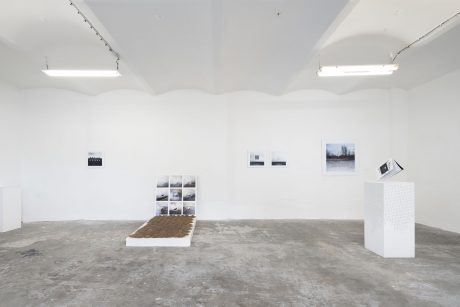 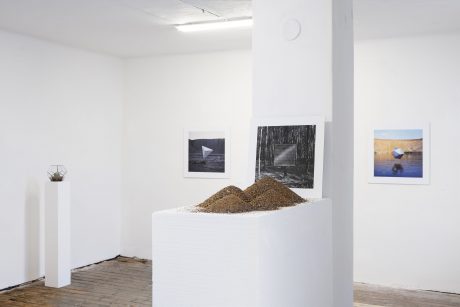 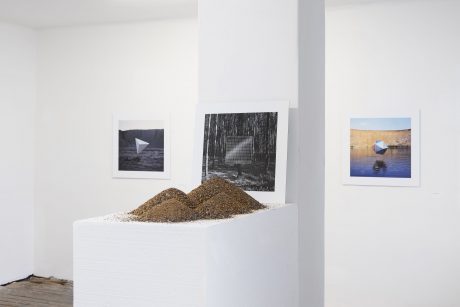 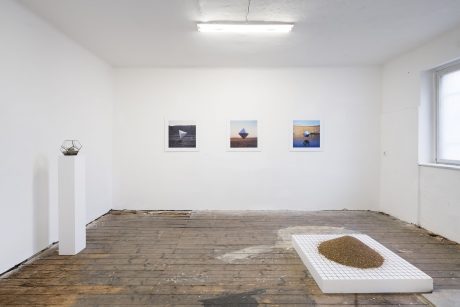 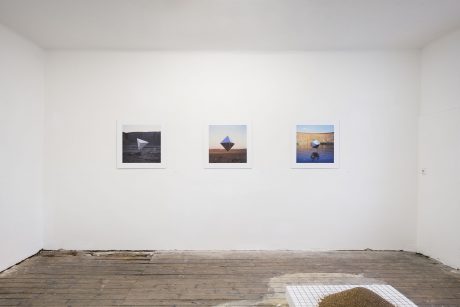 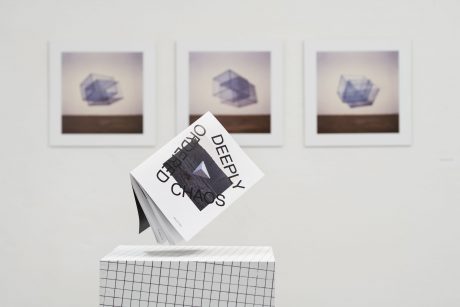 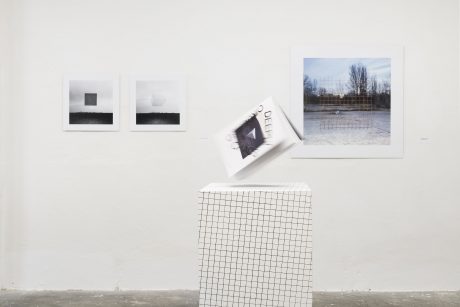 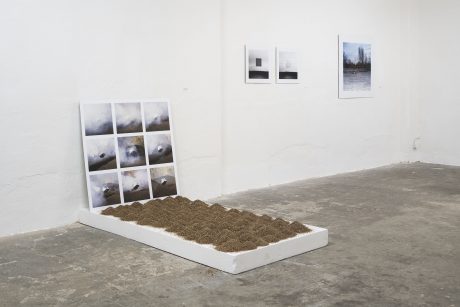 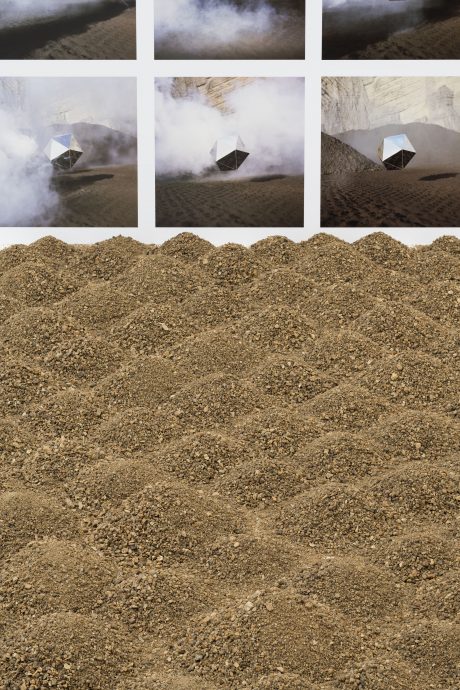 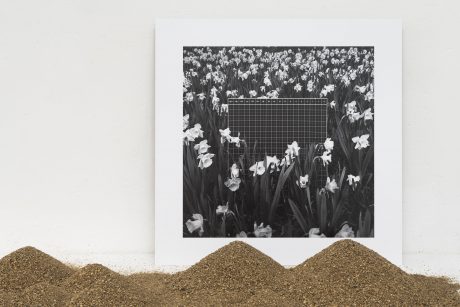 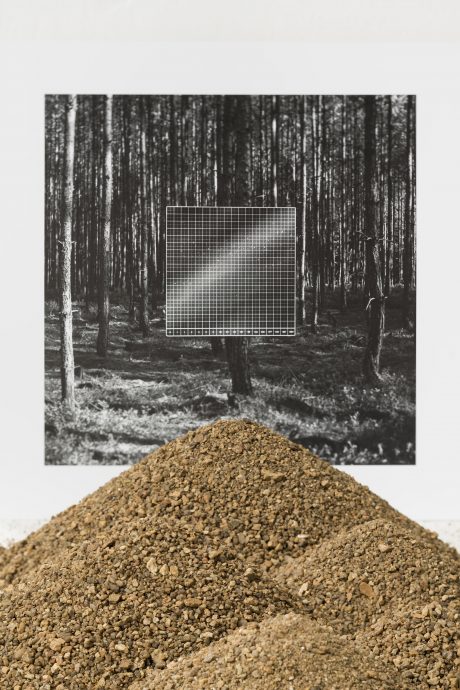 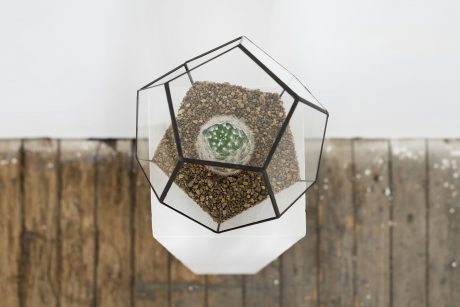 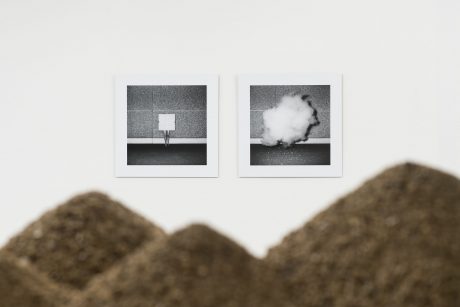 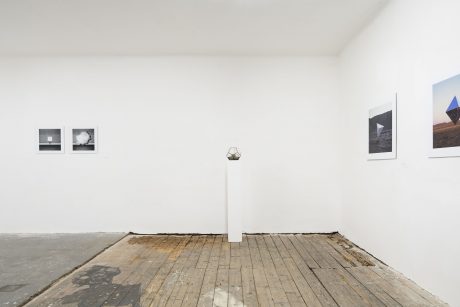 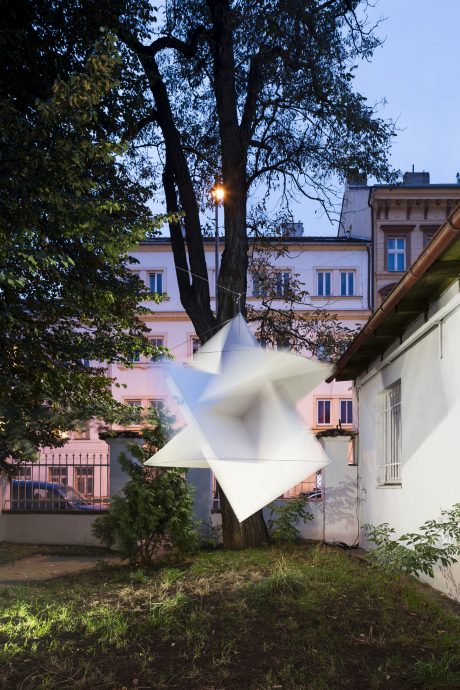 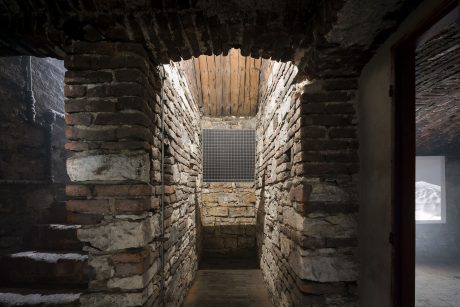 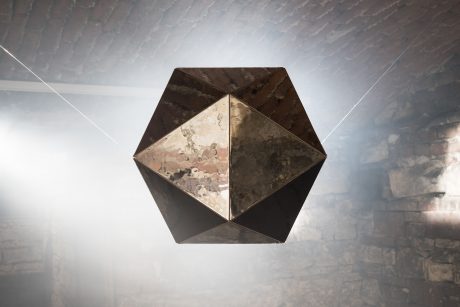 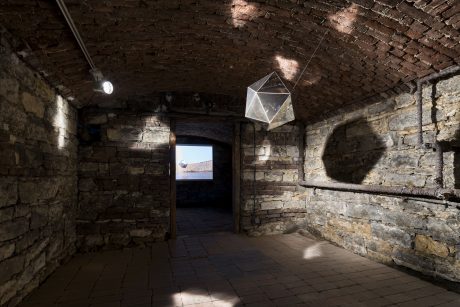 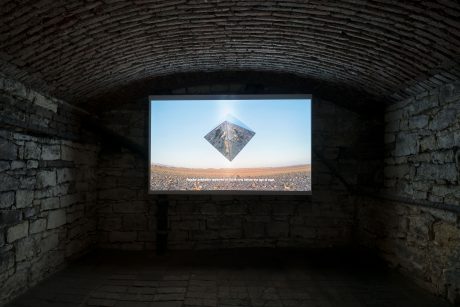 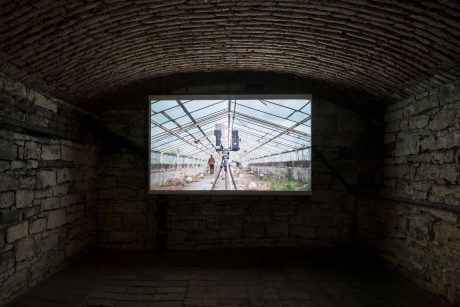 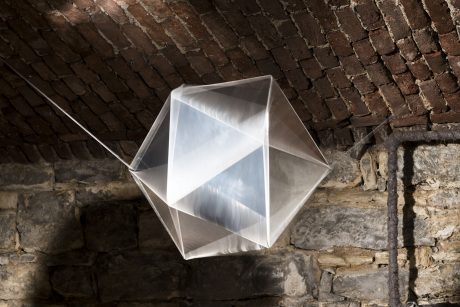 In the mind one sets out on a dangerous round-trip pilgrimage to bring back a bit of chaos to turn against one’s estimations.
(Gilles Deleuze a Félix Guattari: What is Philosophy?, 1991)

What is essential to Jan’s photography is the tension between what is and is not reducible. On one hand it refers to Platonic solids, grids and the Fibonacci sequence, on the other they defend themselves against the reductive universalization of such principles and at- tempt to disrupt them. The Platonic solids (tetrahedron, octagon, cube, dodecahedron and icosahedron) can be considered the most basic spatial forms comprised of equilateral, uniform faces which are triangles, squares and pentagons. Further reduction of these forms is impossible, nor can their number be increased, they are fundamental. Thanks to grids, it is possible to determine the co- ordinates of any point in two-dimensional space, and thus making it a reliable method for creating graphs reducing time phenome- na to a bunch of connected points. The Fibonacci sequence is an equation describing the approximation of the golden spirals that converges to the Golden Ratio, the ratio of which can be traced in many objects and phenomena in this world – many natural forms and phenomena can be reduced to this sequence, for example, the way the branches of a pine tree grow, the form of a pine cone, or the arrangement of flower petals.

Jan then places these bodies and their representations into spe- cifically chosen natural environments that are irreducible because of their own characteristics, their randomness, their own arrange- ments and their constant changes and growth. Chaos theory asserts that accidents do not exist because what is considered random is actually the outcome of a process subjected to so many influences and pressures that they cannot all be accounted for. Chaos is comprehensive and irreducible, encounters with chaos take the form of an intensive blurring and are therefore mystical experiences by their nature. Piles of sand, erosion, cracks in as- phalt, the growth and decay of flora are all multiplicities flowing from unrepeatable conditions, they are unique. Jan also subjects his Platonic solids and grids to a breakdown, to a destruction that disrupts their integrity. This subjects the perfect forms to a number of irreducible forces causing unprecedented decay.

We can also discuss the relationship between art and science, and indirectly, the natural and the social sciences. All science is reduc- tive, governed by the law of Occam’s Razor, which in theory elimi- nates any unnecessary theses. Hypotheses and theories are able toco-exist only if they are not yet confirmed – once one is confirmed, all the others are annihilated. Once it is ascertained that the Earth is round, a theory turns into a fact that cannot be refuted and its alternatives are no longer valid. At the same time, another compo- nent of science is the awareness of phenomena that remain unclear and unresearched. Although there is the widespread notion that the expansion of human knowledge using natural sciences means filling in gaps or mapping the terrain, it should be in fact perceived as further broadening the gap between what is and is not known. For example, important cosmological discoveries of recent decades indicate, by their very names, that what we have partially discov- ered is more and more beyond our earthly, human dimension. Dark energy and dark matter together comprise more than 90 % of the matter in the known universe, representing something that can
be detected only through its traces, and we have no access to the actual essence of these phenomena. It is suspected that around us there is an absolutely unknown dimension. Thanks to the natural sciences, the world has become more bizarre and foreign to us.

Art, and indirectly culture itself as well as the social sciences, function in the absolutely opposite manner. Culture is not historically linear and its hierarchies are merely an illusion. Anything that becomes a cultural object will never die and can always return, mutated beyond recognition, to infiltrate the present. The world functions as a well of opportunities from which such compositions are built. Art will always have an ambivalent relationship with the natural sciences, because gaps are much more attractive to the imagination than the effort to fill them in, and art cannot be just an illustration of what has already been said. All of the bizarreness and foreignness mentioned here function like an intuitive compass that navigates the boat of the imagination beyond all known coun- tries and horizons. Jan’s attempts to confront primary geometric structures and mathematical principles with irreducible chaos are therefore an expression of this very dissatisfaction with what we know. At the same time, they originate from our fascination with the perfection of the proportions of the bodies that the Ancient Greek philosophers considered the model of the world. Jan did his best to capture them with an unencumbered vision, attempting to at least metaphorically clear the table of old ontological concepts. One world is not enough because another world is possible. (Jozef Mrva ml.)