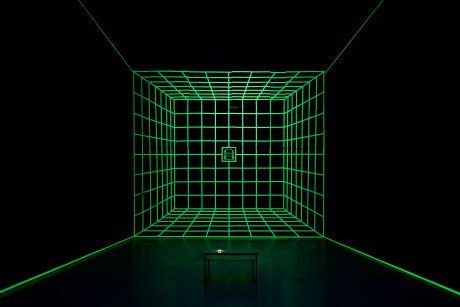 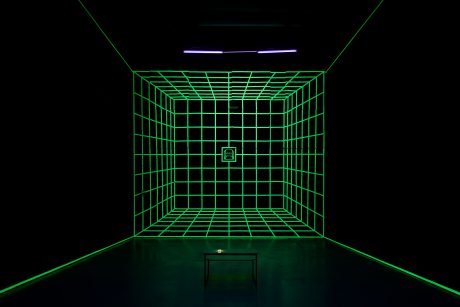 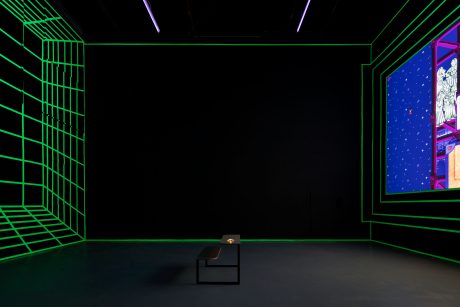 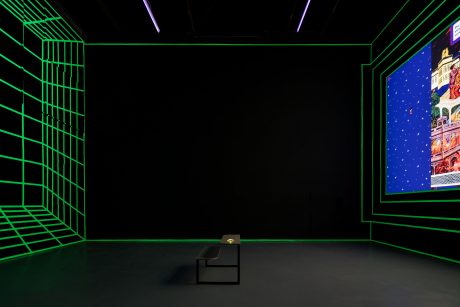 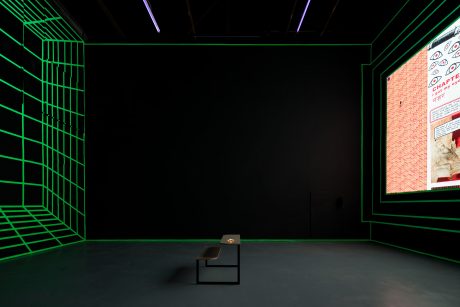 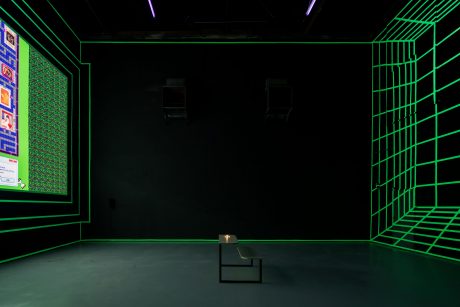 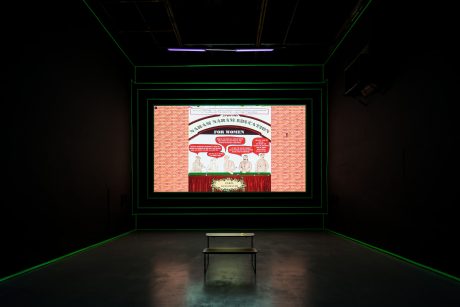 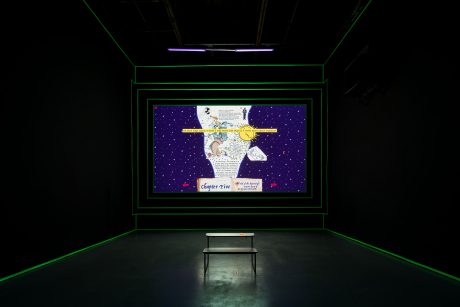 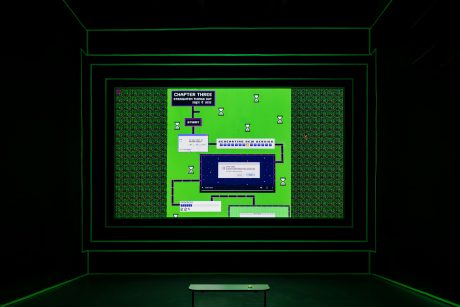 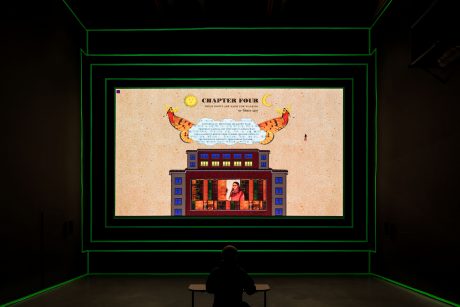 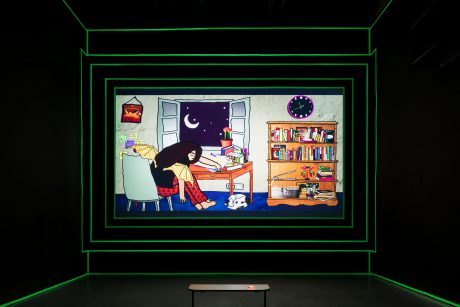 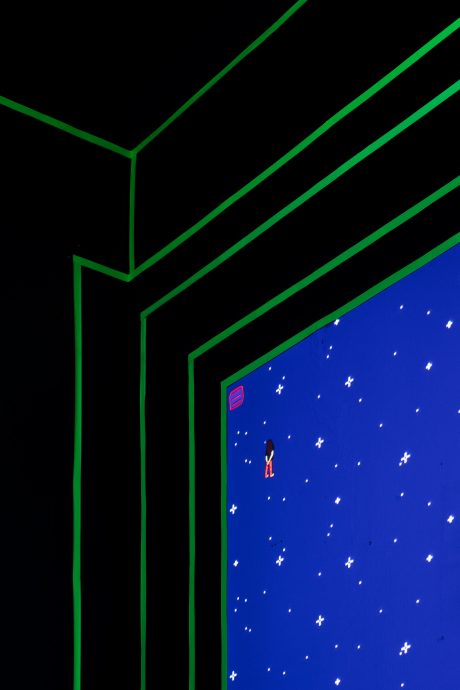 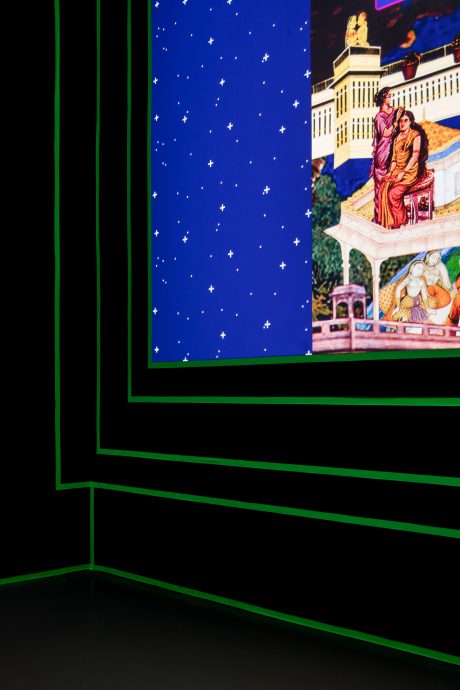 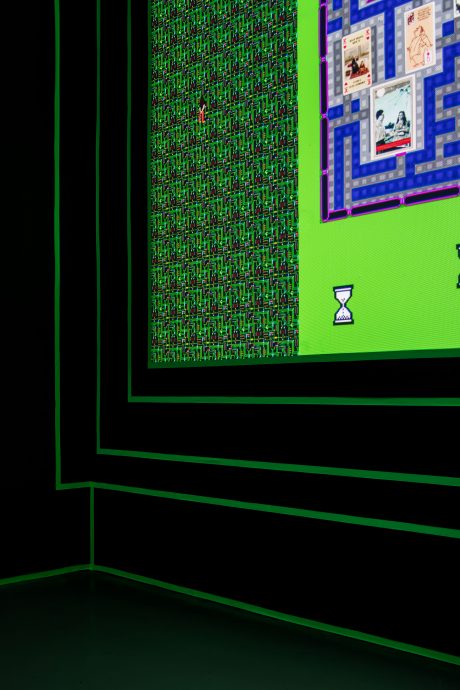 Late one night, a young woman sits by her window reading a short story called “Sultana’s Dream” and suddenly notices a sky full of women outside. Who are these flying women and how did they get there? Leaning out to investigate she tumbles into a vortex of women’s histories.

In this Alice in Wonderland style adventure, scroll through five chapters of the relationship between women and books in India. How they avoided them, read them, hated them, loved them and eventually wrote them.

This encyclopedic story, titled Sultana’s Reality, is stitched together with written accounts of different women – who were stoned for wearing shoes and carrying umbrellas; who would rather nap than read; who read in secret at night; who read forbidden texts; who read and then challenged the very people who encouraged them to read… and who went on to write books, telling their story in their own words. The women in these books and the books in these women are full of intimacy, chaos, cynicism, anger, humor, beauty, love – together they make their history, and this story.

Broken into five sequential chapters that are padded with a prologue and an epilogue, Sultana’s Reality is imagined as a journey. You can follow the story’s linearity, or you can move back and forth in time using the arrows located at the bottom corners of the screen, and the stopwatch symbol at the top left corner. Move your mouse around to look for hidden notes. Click on the open book symbol to read them or explore a back-story.

Just like any encyclopedia, this story too is never complete. If you have any texts, stories, incidents, persons, histories that relate to Sultana’s Reality send them in and they will be added as a hidden note.

Sultana’s Reality is told through interpreting a selection of images from the visual archive at the Centre for Studies in Social Sciences, Calcutta. On studying the images of women in the archive there emerged several recurrent patterns within which women were imagined.

A large collection of lithographs showed women sitting or lounging, usually in a reverie, gazing out of windows, doors and balconies; gazing at their reflections in mirrors, ponds and rivers; gazing, sometimes, into nothingness. Several other images were prints of all-women groups having a really good time – laughing, running, lying down in each other’s laps. Intimate – Relaxed – Comfortable. Many illustrations displayed women in the company of books, sometimes voraciously consuming them but also often making their displeasure apparent. There was also a series of matrimonial studio photographs of young girls and women posing beside a book with deadpan unreadable expressions. Many kalighat paintings had women dominating over men, beating them with broomsticks and forcing them to massage their feet. A series of mythological images showed women fleeing,floating and flying – on clouds and out of towers.

The point of view in these range of images is often from the outside as if looking into the lives of these women. When collated what stories do these different visual imaginations of the female form reveal?

Women gazing out of windows are perhaps not romantic pictures connoting sensuality, luxury and the delicate feminine form in all its glory. Rather, they may be images of women who are bored, who are imprisoned (sometimes within their own minds), who are uninspired.

The guiding intent behind the artwork was to explore how the image can be re-imagined, re-interpreted, re-mixed, re-contextualized. Books, featuring prominently as a motif in various images of women, have been used as the leading point to explore history and women’s place in it. The project perhaps seeks to question this history. Not the history of the image, but a history that is constructed with the image. Pairing visuals of women along with historical texts, events and accounts, Sultana’s Reality tries to imagine the action of thinking while the action of doing is apparent.

Afrah Shafiq (b.1989, Bangalore, India) is a multimedia artist and documentary filmmaker based between Goa and Bangalore. Her practice moves across numerous platforms
and mediums, seeking a way to retain the tactile within the digital and the poetry within technology.
Her work has been shown at various festivals and galleries across India and in other parts of the world including the 4th edition of the Kochi Muziris Biennale in Kochi, The Guild Art Gallery in Alibaug, Be.Fantastic in Bengaluru, What About Art in Mumbai, Digital Grafitti Festival in Florida, The Fusebox Festival in Texas and the Computer Space festival in Bulgaria. She has been invited on research and residency programs with the Liverpool Biennial of Contemporary Art, Fluent Collaborative in Austin Texas and the Institute of Advance Studies, Nantes. When she is not glued to her computer she also makes glass mosaic.