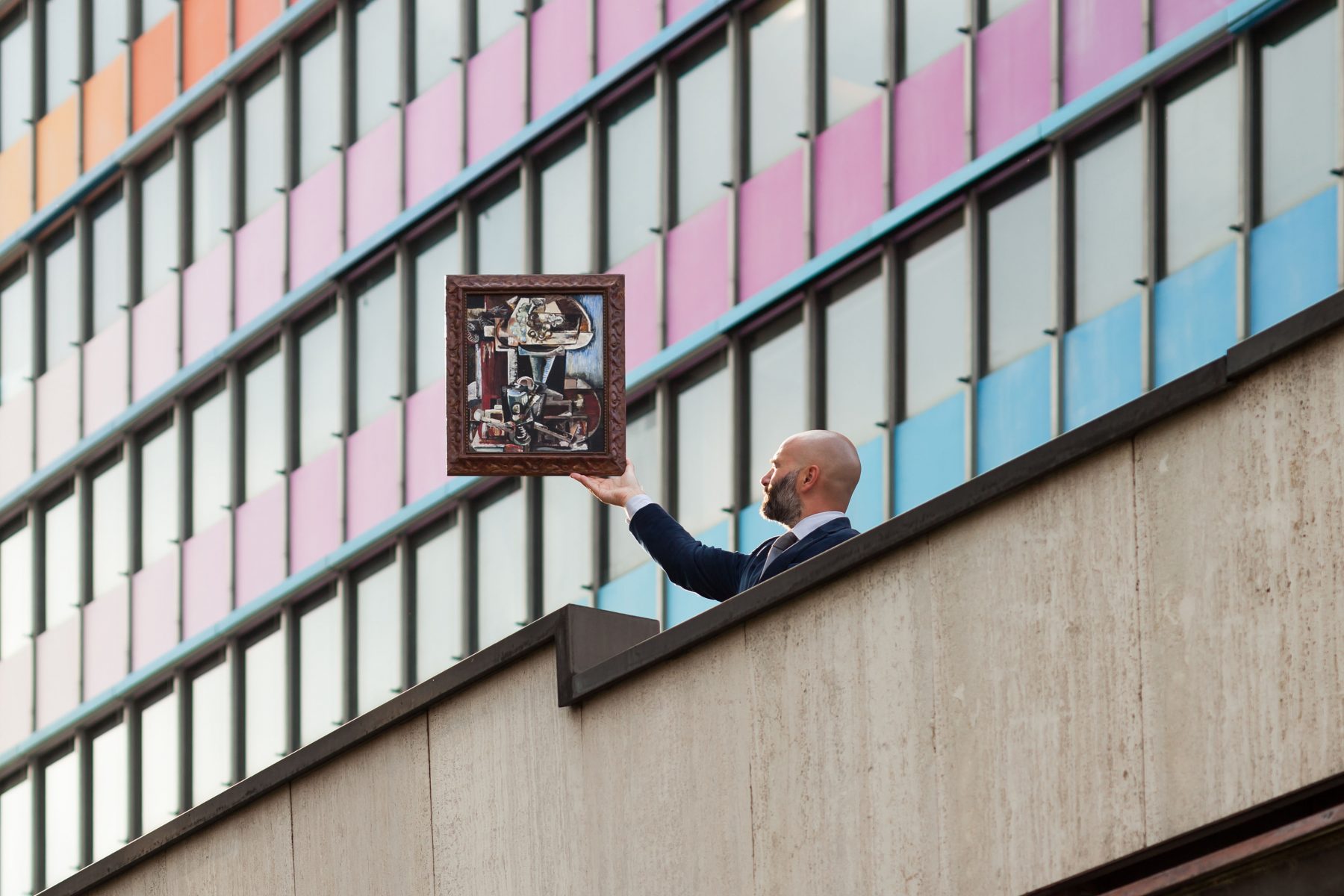 1. Flusser is in touch with architecture, art, and product design.
2. Quality is not just a marketing “blah blah blah” but the central principle behind our work.
3. Photography is a dialogue. Our photographs are not cheap and gaudy; they are interpretations with original content.
4. See. Understand. Do not elevate Photoshop above reality – preserve the original spark.
5. We do not begin our sentences by “this cannot be done”, but rather we always ask the question “how can this be done”. Despite that, we are also capable of saying “no”. This way we protect the interests of both the client and the studio.
6. Flusser, as a matter of principle, is always on time.
7. We consider the lowest price guarantee to be the plague of today’s craftsmanship. This is why we treat each job individually.
8. Flusser grows with its clients. We co-operate with most of them repeatedly and over a number of years.
9. We travel with light. We can deliver in a white cube, a stranger’s bedroom, or in a pile of construction mud. Where we cannot stand straight, Flusser’s gadgets come in handy.
10. Vilém Flusser loves the format 2:3. The others we can do with our hands behind our backs.

Studio Flusser was founded at the start of the year 2016 with the conviction that we are on the forefront of the country’s photodocumentation of architecture, art, and design. We perceive the borders between those fields as traditionally interconnected. Our own connection stems from friendship of the founders which has, for over fifteen years, been testing the common interest in interpretation of an image. We do not rely purely on the ability to see and master the craft, but we also strive to cultivate the social space in its broader sense. The monicker Flusser is binding to us in terms of our program. Our clients are our partners, and the present is the time we have borrowed before the images that will come after our influence.

THE MEN AND THE MACHINES

Petr Dub (*1976, executive and co-founder) graduated from the Faculty of Fine Arts in Brno in 2012 with a PhD publication called Selected Postconceptual Attitudes in the Contemporary Czech Painting. In his work he focuses mainly on exploration of the capacity of contemporary painting, object, installation, architecture, public space and their mutual overlaps. The author’s final thesis called UNFRAMED was chosen for the European exhibition Start Point and the cycle TRANSFORMERS ranked among the works of the finalists of the international prize – The Sovereign European Art Prize organized by a Royal Foundation in London under the patronage of the auction hall Christie’s. Petr Dub was nominated for the Essl Art Award Cee and was selected for Start Up organized by the City Gallery Prague. He is a co-founder of the photo platform Studio Flusser and in 2018 he and Marek Meduna became the new governance of the painting studio IV at the Academy of Fine Arts Prague.

Zdeněk Porcal (*1983, photographer and co-founder), devout outdoorsman, according to his own words “the worst mountain climber in the world” and a photography purist who, in his fourth year of the arts university, without hesitation gave up his degree for his passion for photography. You can most often meet him standing on a pile of specialized books or catalogues, pedantically stooped over a tripod, or hanging from the ceiling by one hand in the effort to find the best angle, light, or a moment for the ideal photograph. The introductory portfolio of the studio is compiled mainly from the selection of his work from the period between the years 2010 and 2016. He is the main photographer in the studio, the heart of the project and the man responsible for technical equipment of the studio.

Tomáš Slavík (*1993, photographer), the first pictures of muddy cyclists managed to direct him to the study of photography at SPŠG Hellichova and subsequently at UMPRUM.  However, in his second university year his adventurous nature became apparent. He packed 22 cine-films and flew to explore the remaining continents. Although he has not come back to UMPRUM, he still derives from that encounter. At present, he is interested in photography with all the reflections and shadows of glass, architecture and product design. He likes to accept calls to take pictures of a 15-meter bus with one light as muc as he likes to mystify the audience. In the resulting photos, he is most satisfied with the feeling of space, order and purity. In his spare time, he returns to the beginning of the circle – to the muddy wheels. He considers bike packing expeditions in far and near countries to be his mental source. Follow-up outputs such as lectures, books and prints for his free work.

Vojtěch Veškrna (*1988, photographer), a graduate of photography at FAMU – however by his heart of Studio 304 at the Prague’s UMPRUM, where he spent a one-year scholarship. His graduate book My Air Force won the Self Publish Festival in Riga in 2016 and was chosen among the finalists of the Anamorphosis Prize, thanks to which it became part of the collection MoMa Gallery in New York. Later, the Best Eastern Photographic Publication followed in 2016, and the book appeared on the list of favorite books of the same year by the artist Anouk Kruithof, photographer Mark Power, and the gallerist Regina Marie Anzenberger. In 2013, Vojtěch received the fashion photographer of the year at Mercedes Benz Fashion Week in Prague. From 2013 to 2016, he worked in Warsaw for the international photographic team Sputnik Photos (sputnikphotos.com), where he participated in the photographic, bookish and exhibition activities of the collective. In his free creation he performs a deep exploration of his fascinations, which are consequently transformed into a photographic form or object. He likes the sun, good coffee, valuable conversations (and occasionally he forgets to take his camera with him to the location).

Karin Grohmannová (*1987, architect and our theoretical back up) deals with design work marginally, most of her time and energy she devotes to organizing architectural competitions. She likes to write about architecture, whether critically, descriptively or as research. Most of the things she does, she does in cooperation and thinks it is the right way. In Prague, she is at home in the CCEA MOBA team, and newly she assists in the teaching of Landscape Architecture at the CTU Faculty of Architecture. She translates texts about artists and art to the English language mainly for the Strom Art Gallery in Brno, thanks to which she now pursues the translation in the field of art and architecture more intensely…

We believe in the necessary integrity of quality and this is the reason why we don’t do things that we are not good at! On the other hand, we operate in a specific field which can, from a certain level, be seen from a single viewpoint. That is why we are able to get our clients in touch with exceptional architects, artists, graphic designers, product designers, or other colleagues somehow connected with our field of work. If you are looking for quality adequate to our work, we will be glad to mediate mutual contact as part of our projects.